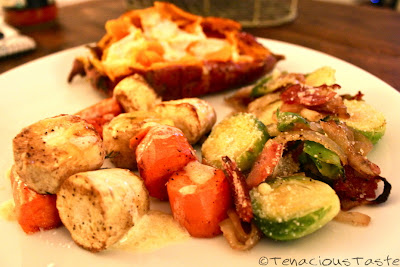 Very Veggie Dinner Plate:
Sometimes, usually after eating tons and tons of chicken for weeks because its easy and cheap, I get such a strong craving for veggies. I think some of the most hearty and yummy veggies are winter vegetables and because of the substantialness a plate full of them is usually plenty for dinner. The easiest way to get all the veggies to come out at the same time is to roast them at the same temperature in the oven, just placing them in at different times. Also, so that each veggie seems like its own dish, I prepare them differently, with varying ingredients, spices, and herbs. This dish also really revs up your energy and makes you feel good about yourself in general. So when you feel like you've been eating badly or just want a break from the meat in your life, this is a good go-to dish! 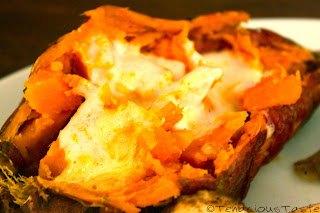 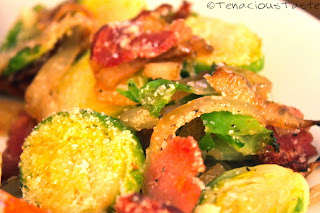 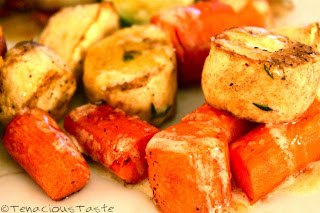