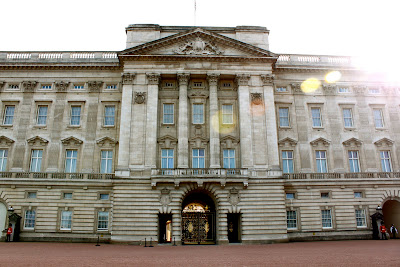 London Calling:
After our nine-hour flight from Atlanta to London, my mom and I were defeated. I am exhaustingly afraid of airplanes so I usually take a sleep aid on long flights and thus was a little loopy upon our arrival. We went straight to our hotel, which was conveniently attached to Gatwick airport, where we would be taking off from to land in Naples early the next morning. Having been to London once before and loving every moment of it, I was surprised that I could rouse myself into getting out into the bustling city immediately. Instead, we took a little nap to rejuvenate and recharge. Thankfully, that helped put us right again and we finally headed out into city.

Unfortunately we didn't have too much time as we had a show to catch at 7:30. So, we caught a taxi to the Covent Garden area to do a little shopping. After getting caught up in the awesome boutiques and being metaphorically raped by the prices and the exchange rate, we only had a mere 45 minutes before we had to get to the theater. We wandered the streets looking for a quick-fix meal spot, but were only confronted with pubs crowded with young professionals enjoying happy hour. Frustrated, we found a telephone booth and decided to take a picture...

We walked a little bit further and spotted a few "blokes" walking into a tiny little Asian restaurant called Thai West. It was about as big as an English pea, but the food smelled good and our tummies were growling. 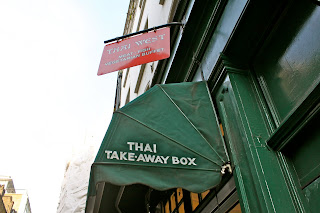 We stepped in and two nice Asian ladies helped us with a huge heaping plate of fried rice with chicken and vegetables, drinks, and an array of sauces, all for just £4. The flavors were strong and the food was abundant. We quickly gobbled down the tender chicken with succulent yellow and green onions, peppers, bamboo shoots, and water chestnuts, though it would have been nice to have time to savor each bite. The dish was slightly reminiscent of a coconut curry, but was milder in flavor and had a sort of soy twist. If we could have stayed longer, I probably would have eaten another plate all by myself! 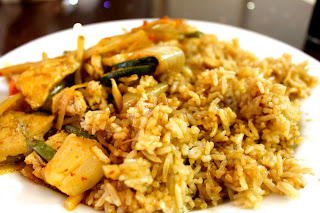 After our short but sweet meal, we headed to the Apollo Victoria Theater just across from Victoria Station, where the musical Wicked is currently the act. Excited, mom and I grabbed some wine and took our seats low on the balcony, a perfect view. Many friends have told me how Wicked is their favorite musical and I quickly saw why. The story certainly provides an interesting twist to the traditional Wizard of Oz fable we all grew up with. The script was witty and the music, especially the voices of Rachel Tucker and Louise Dearman, were incredible. Wicked definitely has a spot high on my list of top musical theater shows. 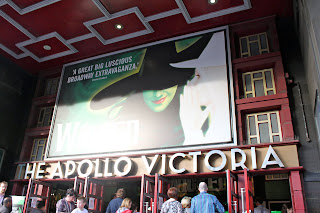 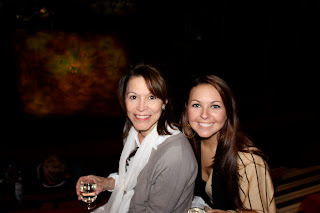 After the show and a couple of snacks later, we were on our way back to the hotel. With barely enough energy to get ready for bed, we managed to get entirely packed and ready for the second part of our journey. As I slept, I dreamt of Positano...
Posted by Shea Windley at 6:03 PM